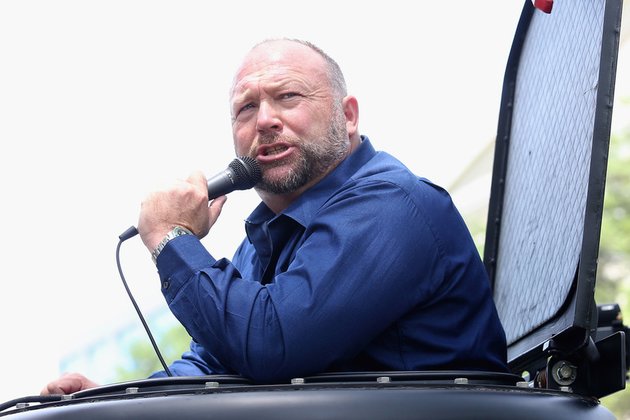 The platform's new owner said he had ?no mercy? for someone who used children's deaths for clout

After restoring the accounts of several controversial figures including former US president Donald Trump and author Jordan Peterson, Twitter owner Elon Musk has drawn the line at political performance artist Alex Jones, refusing to allow the conspiracy theorist back on the platform.

The billionaire appeared to reject the idea of reinstating Jones' account in a pair of tweets on Sunday after it was suggested by podcaster Sam Harris. After quoting a bible verse at Harris, an avowed atheist, Musk alluded to Jones' infamous suggestion that the 2012 Sandy Hook elementary school shooting was a false flag, suggesting he had "no mercy" for the de-platformed pundit.

"My firstborn child died in my arms. I felt his last heartbeat," Musk tweeted in response to Mega founder Kim Dotcom. "I have no mercy for anyone who would use the deaths of children for gain, politics or fame."

Dotcom had highlighted Jones' admission of wrongdoing and subsequent apology for his Sandy Hook claims, and suggested that many of the Infowars host's "conspiracy theories" had turned out to be true and reasoned that "if serial liars like Biden and Trump are allowed on Twitter then Alex Jones should be allowed too." He urged the Tesla CEO to "reconsider in the interest of real free speech."

The German hacktivist was far from alone in defending Jones' right to tweet. Many users argued that if world leaders who waged wars that kill thousands of children were allowed to remain on the platform, there was no moral ground for barring the right-wing commentator from returning.

Others pointed out that Musk putting his personal morality before his supposed commitment to free speech was "exactly what he spoke against" when he took over Twitter, and several observed that almost any politician could be said to have used children's deaths for "gain, politics or fame."

Jones has repeatedly apologized -"hundreds of times," he claims- for his broadcasts following the Sandy Hook shooting, in which he accused several of the children's parents of being crisis actors in a false-flag event designed to manufacture consent for restrictive gun control measures.

He was ordered to pay nearly $1 billion in a series of defamation lawsuits filed by some victims' families. However, he was kicked off Twitter for "threatening" a CNN reporter outside a congressional hearing in September 2018.