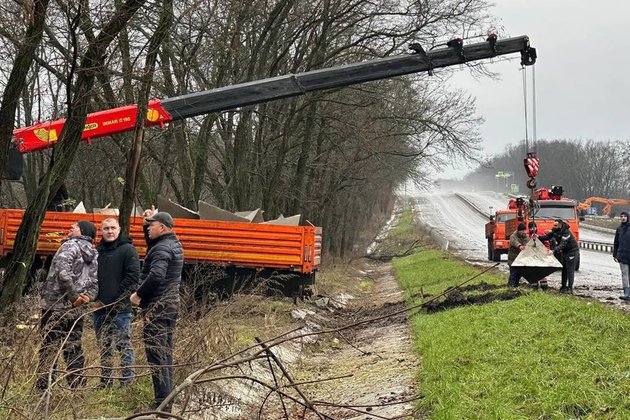 ?Large scale? work is underway, the governor of Belgorod Region has announced

A new line of defense is being created on the border between Ukraine and Russia's western Belgorod Region, governor Vyacheslav Gladkov announced during a press conference on Monday.

The official said the move comes in response to increasing tensions at the border, but did not disclose details about the construction, warning that his statements are "being carefully listened to by our enemies."

"I will state this briefly: the work is being carried out on a large scale. Since April, within the framework of our powers, we have been actively engaged in strengthening the borders," Gladkov said.

Asked if he is referring to the so-called "Wagner line" - a system of anti-tank structures built by the Russian private military organization the "Wagner group" in the Donbass Region - Gladkov said he would prefer not to comment on other "respected people" and wanted to focus on Belgorod's so-called 'zasechnaya' line.

A 'zasechnaya' line refers to wooden defensive structures, consisting of felled trees, used by Russia between the 10th and 18th centuries to defend against enemy raids.

"The Belgorod Region has always stood at the frontier of the defense of the Russian state, and continues to do so," the governor said.

After Russia began its military operation in Ukraine in late February, Kiev's forces have repeatedly shelled and launched drones against civilian and military targets in the region. In some cases, private residences, as well as a school and kindergarten have been struck.